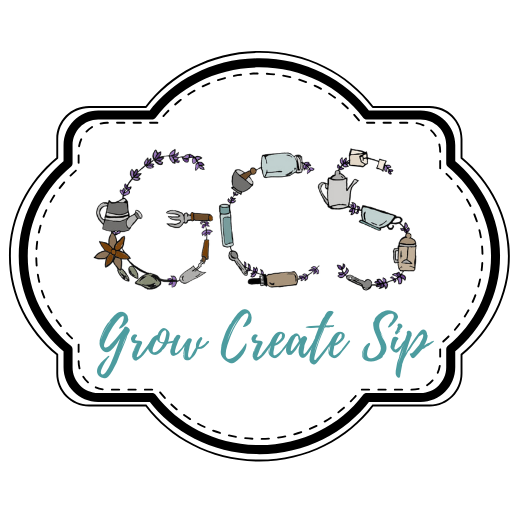 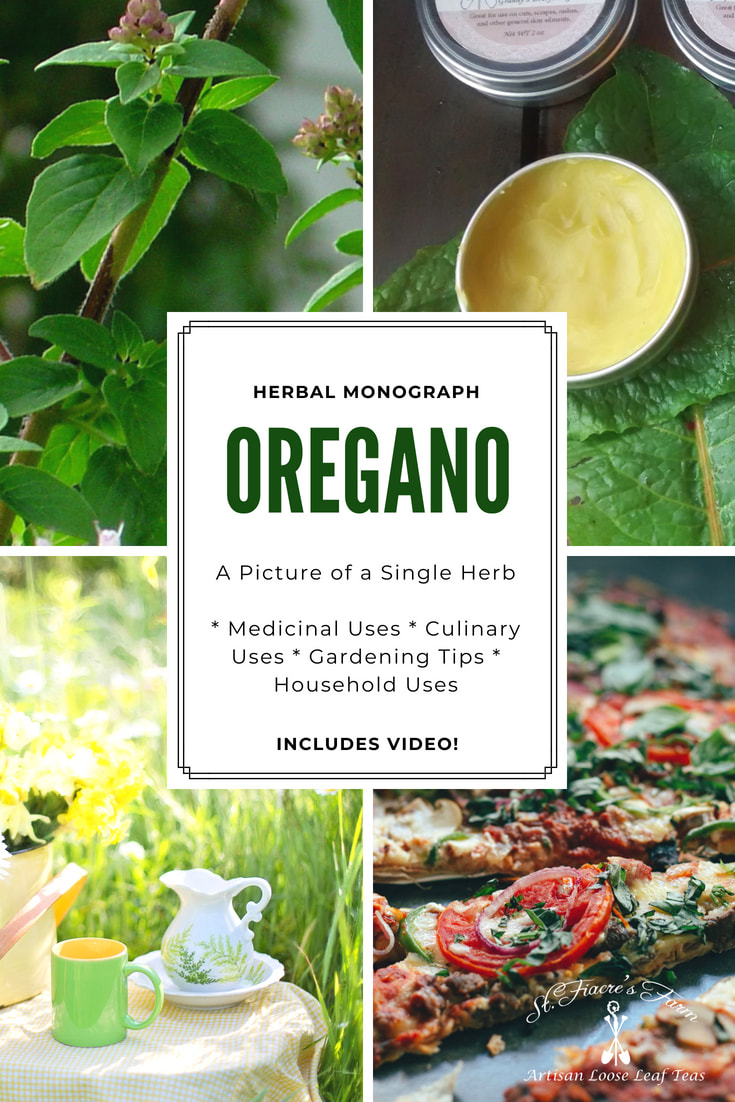 Oregano isn't just for pizza and pasta! Whether its small intestinal bacterial overgrowth (SIBO), candida, coughs, colds, or toenail fungus. There is probably a use for oregano oil in every home.

Be it summer or winter there always seems to be someone that has a bit of congestion from allergies or a cold. Oregano oil to the rescue to help out as a natural anti-biotic and anti-septic.

But before we dive into all the goodness that oregano has to offer, I need to let you know. I'm just the Farmer's Wife, I'm not a licensed physician or naturopath. This information I'm about to share is just for educational purposes and not intended to diagnose, treat, or cure any thing. Please consult with a trained physician before using oregano medicinally. 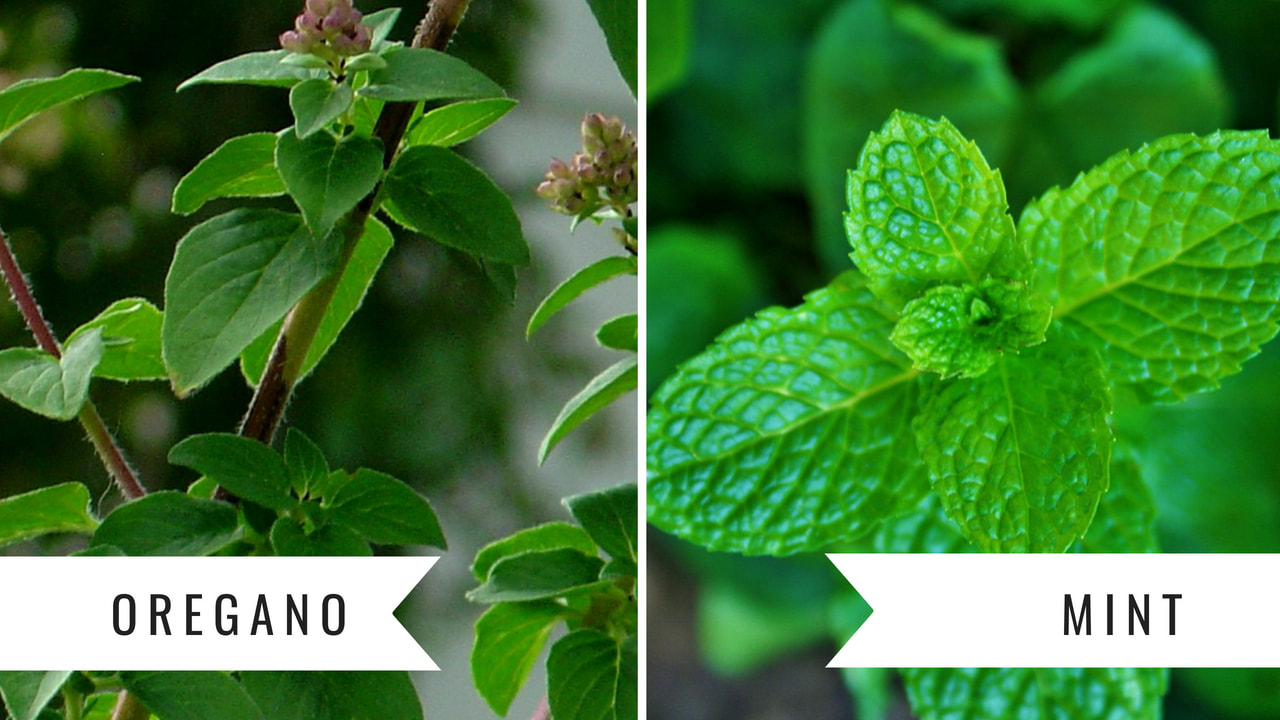 Oregano is part of the mint family, Lamiacae/Liabiatae. Just don't make me pronounce that! Who ever said that Latin was dead any way? I think I could have used a class myself.

As part of the mint family the general form and shape of the plant is very similar. The leafs are of similar shape, though oregano leaves are much smoother than the ragged edges of the mint leaf. The stems are similar in shape and size. The major difference is that oregano is a clumping plant where as mint grows by it's rhizomes. Mint will spread all over unless it is contained and oregano just stays in one nice little plant.

Oregano is bitter in taste and carries with it aromatic and warming properties. The most common part of oregano that is used is the leaf. While the stem could be used its a little harder to dry, more woody and doesn't carry as many of the volatile oils as the leaf.

Oregano can be used in many different preparations including teas, infused in oils for things like salves and balms, in grain alcohol for tinctures, in honey for oxymels, and of course for culinary use. 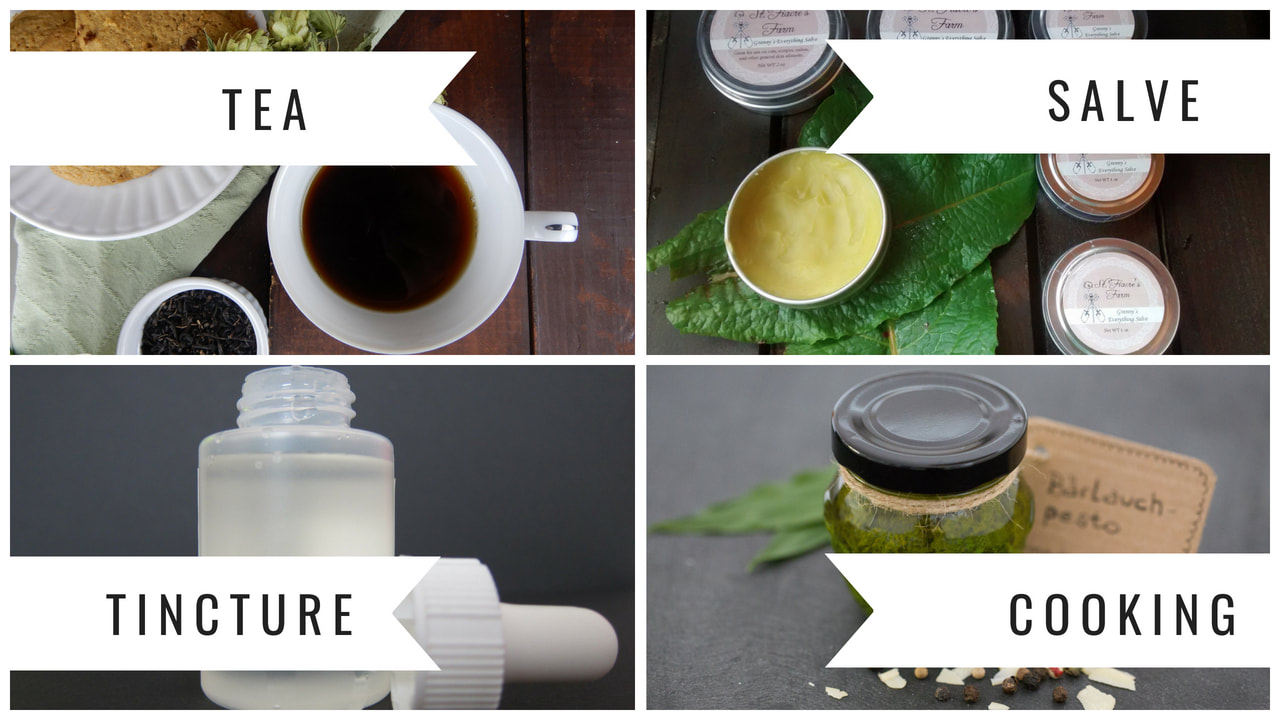 This post contains Amazon affiliate links, YES we do get a small percentage when you purchase something after clicking on our links. We THANK YOU for supporting our small family farm in this way. Do know that the price does not change because you purchase here from our link. No additional cost is added. The only part added is that your purchase supports our family and our farm!

There are many wonderful constituents in Oregano including carvacrol which is an antioxidant. The higher the carvacrol in your oregano the more potent it is going to be. When purchasing oregano oil or oil of oregano in the store make sure to check the percentage of carvacrol so that you know what kind of quality you are getting in your oil. Also available is oregano oil capsules so that one can skip the strong flavor. Oregano is also anti-inflammatory, antibacterial, antiseptic and a natural antibiotic.

Oregano is great at cleansing and purifying. It aides in digestion including stomach aches, SIBO and Candida. Oregano oil capsules over straight oregano oil are best used in this case as the capsule are more likely to reach the problem area. Oregano is highly useful for the upper respiratory system as well as the lungs. It really shines during colds, coughs, the flu, asthma, allergies and croup. Topically, Oregano oil is helpful for dandruff, athletes foot, join pain, worts, and useful as insect repellant.

For use in helping the upper respiratory system oregano tea is most helpful. When using topically oregano oil makes a great infused oil that may then be turned into a salve for easy application on athletes foot and toe nail fungus. Oregano essential oil would work here also.

We can't leave out the culinary uses either! Great to through into salads or flavor chicken with, as well as using in any Italian dish from pizza, pasta, pesto to lasagna.

There are so many wonderful uses for oregano that it would benefit every kitchen and apothecary to have some growing in a pot on the front porch or in the kitchen garden.

Oregano plants may be found at nearly every nursery and even in some super markets. Oregano is most commonly started from a cutting from another plant as seeds may be hard to propagate. Once this lovely plant is started though it is super hearty like a mint and rather hard to kill. Though I must say I've never tried growing it inside, and my indoor plants just don't do well!
Caution!
One last and final note - A FEW CAUTIONS with oregano! Oregano essential oil is very, very strong and so when using it topically, please make sure to dilute it by mixing it half and half with olive oil. It should be diluted this way before you apply it to any skin or you may burn yourself. When taking orally, diluting it may not be a bad idea either! I don't want you to burn your mouth or skin! This may not be an herb for small children because of its strength. When using topically test diluted on a small patch of skin for sensitivity issues as some people are more sensitive than others. Do not use high potency oregano oil or herbal care in ears or near the eyes. Herbs are very helpful but should also be respected just like other medication.

Do you have oregano growing at home? Have you used oregano for medicine in the past? Leave us a comment below and let us know, we would love to hear! 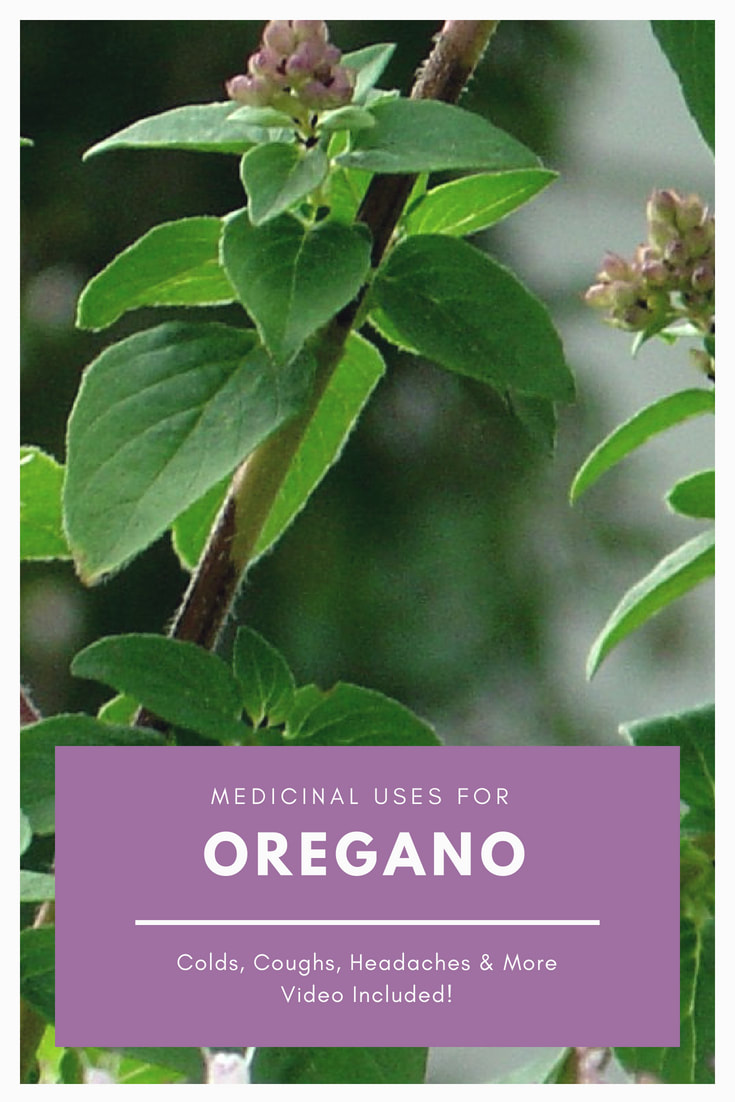 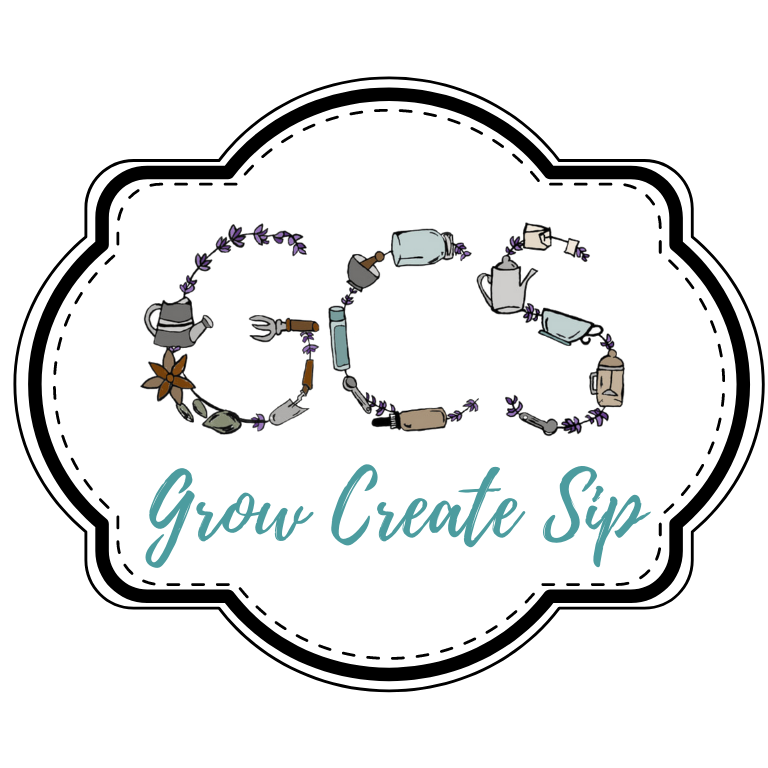 We help farm lov'n families turn common herbs into powerful medicines without the overwhelm. So that you can spend more time lov'n on your littles and your chickens.

If you want to make sure not to miss any growing, creating and sipping tips and tricks make sure you hop on our Wellness Wednesday Newsletter! 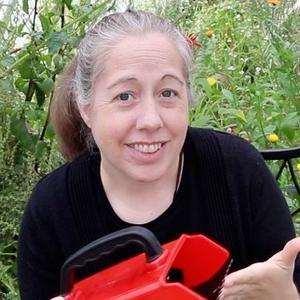 My name is CeAnne. Pronounced like "see Ann run". Catholic wife to the Farmer, and homeschooling mama to 4 adopted cuties. Recovering coffee addict turned herbal tea convert, lover of all things herbal, yummy whole foods and natural health. Oh, and don't forget the dark chocolate! Let me introduce you to my brother-in-law -in law (yes, you see that twice, on purpose). Our fabulous co-blogger, who also loves a good cuppa tea! 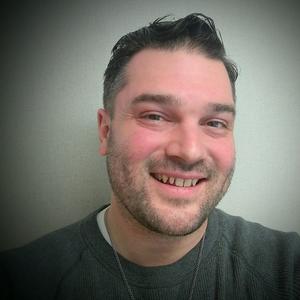 I am a father of four (married to Farmhand Clare) who strives for a holistic lifestyle where I center my attention on faith, family and simple living. I love to grow and gather herbs and play in the dirt. Since young children and peaceful calm don't usually go together; to me, there is nothing like finding that precious quiet time to regroup and sip a hot cup of tea. 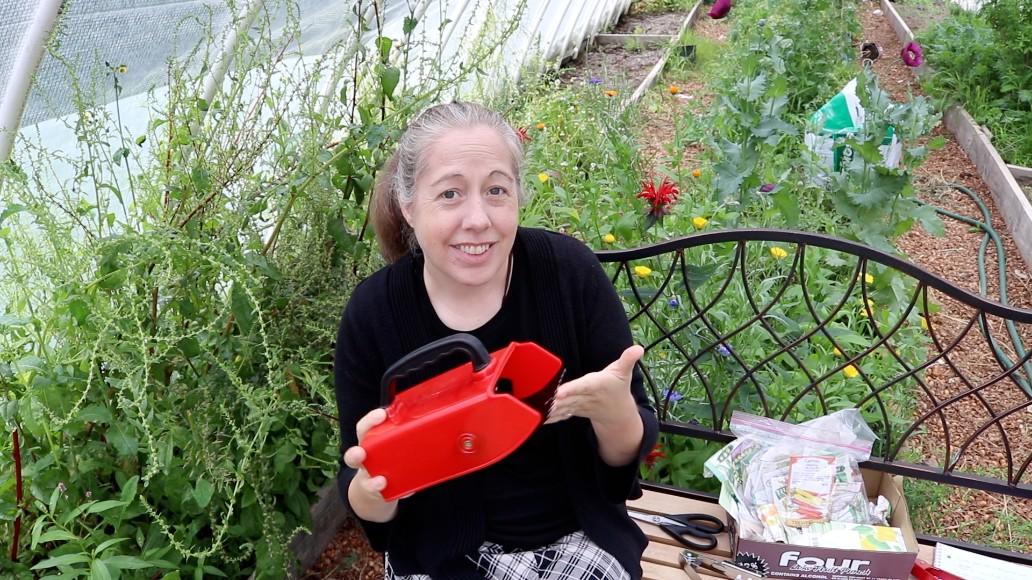 Grab weekly tips on herbal goodness, recipes, all things DIY herbal health and wellness with our Wellness Wednesday Newsletter! Get these tips delivered weekly to your email.

Send them my way!
Close 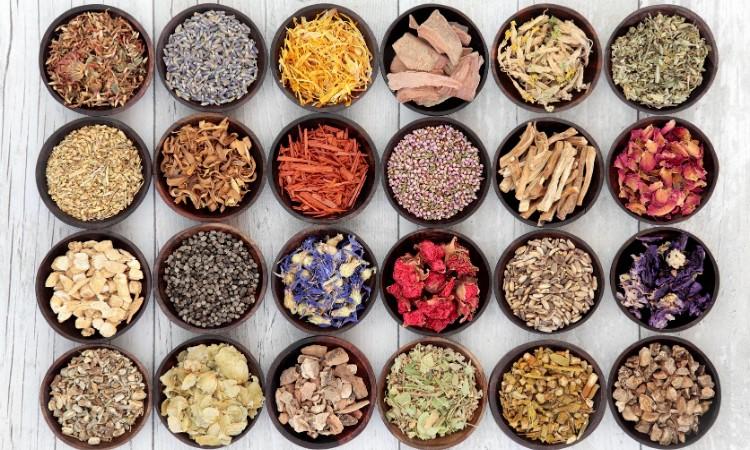 Let us know where to send your Wellness Wednesday goodies!